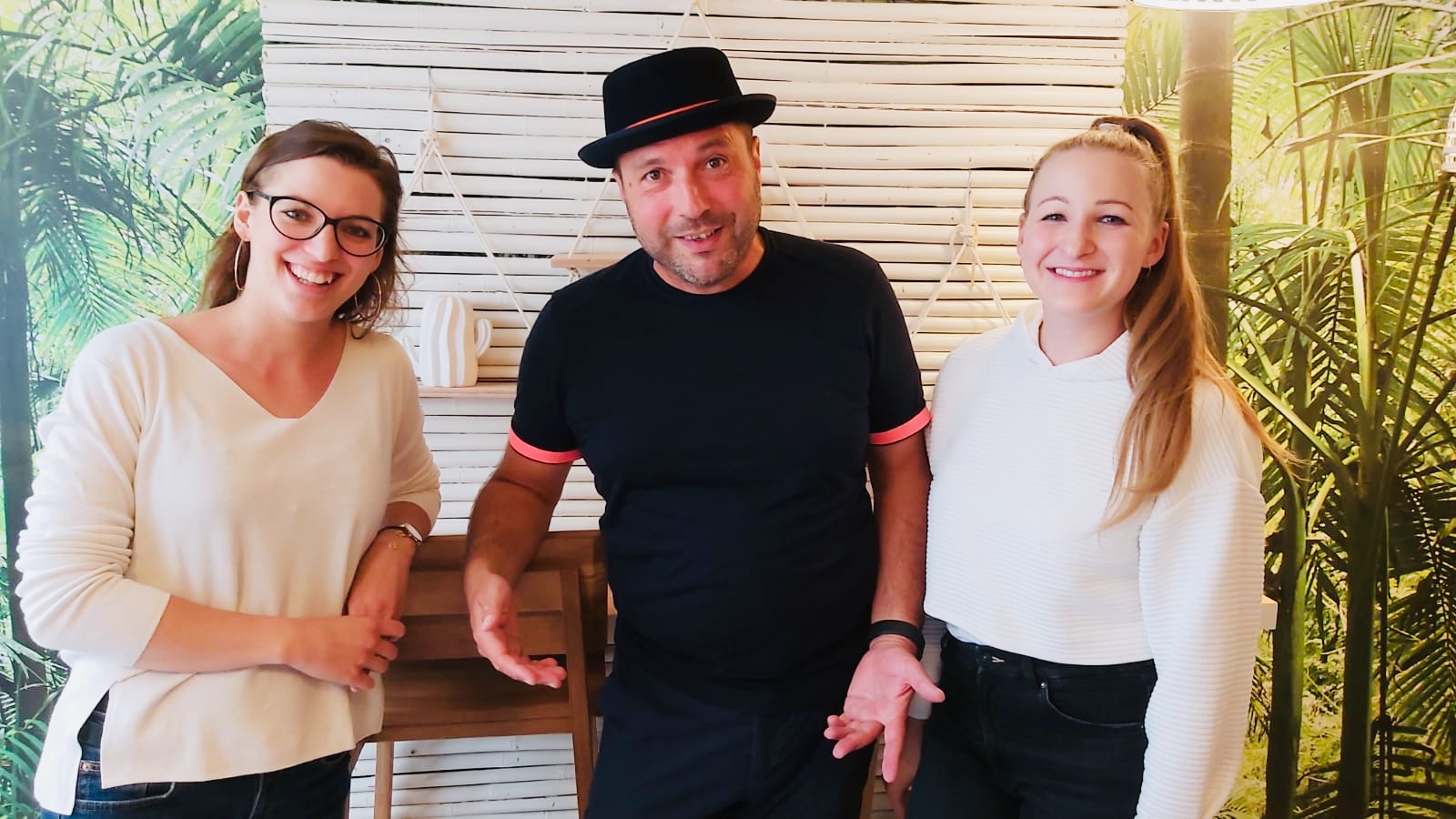 When we talk about digitalisation today, we are talking about technology first and foremost. There is a lot of talk about artificial intelligence. Before that it was Blockchain. The 3-D printer’s been around a while. But algorithms that are actually found everywhere in the digital world are currently repositioning themselves. Nobody talks about hipsters!

Hipsters in particular, like the hippies of yore, are the drivers of change. Totally nonconformist they show us how it works differently. They take us into the future. They try things out, take no account of existing structures. No matter if they have a beard or not – and yes, they have reinvented coffee (you know, a little more sour, more aromatic, handbrew and not quite so hot, but guaranteed by sustainable plantations). And that’s exactly why we need them! To bring digital “solutions” into our society that fit the new structures made possible by digitalization. Because the hipsters turn technology into solutions. Applications that we humans need (or sometimes don’t need), but which are in any case tangible – they are the hippies of the modern age, only different, more digital, driven by slightly different values, but in essence set out with the desire to provide more and new quality of life.

A beer to the digital future

Thus, social media and new logistics concepts become craft beer breweries. That’s right! Without the digital distribution possibilities and without the logistical bypass of the wholesalers, who would never have listed them, many beer start-ups would not exist. And by the way, not without the use of artificial intelligence and algorithms with which Mr. Hipster’s colleagues optimize all processes of production, logistics and international exchange, thus achieving cost efficiency like the industry once did with huge plants – and not just a small brewing kettle in the backyard. And at the same time with higher quality and an international network of craft beer friends – Crowd Beering, so to speak.

Yes, dear readers, this is about digitalization, not beer. But good beer is possible again thanks to good digitalisation. And it is spreading that we will soon have a 20% share of the international market in major beer markets. Five years ago, this did not even exist. And this is exactly what we have to learn: solutions, not technology, will help us move forward in society and in the quality of life. And that is what the hipsters are showing us. Because they don’t accept anything that already exists, because they have nonconformism as their highest maxim in life and because they try it out. They play with digitalization. And if it produces good beer, great!

By the way, they have already made the same game with coffee. And with burgers. In most cities today there are burger maps. Maps for the highly enjoyable burger consumption, nothing more with standard plate plus cheese. Here too, the quality goes at the price with the ingredients and the familiarity, only in the digital environment.

By the way, this is how they think of new cities. Well, they start with villages. Co-villages. Or co-living. They’re trying out new ways of living together, revolutionizing the culture of our society. Everything is only possible with digital structures in the background. In Copenhagen there are now large residential complexes in which people are brought together to form an optimal neighbourhood thanks to artificial intelligence. The idea is to create a functioning neighborhood in cities. This is hardly possible anymore, since cities are not built for people but for cars. And now for people again. Because hipsters get on their hind legs and say: I don’t want it like that anymore. Now I want it different. Because it works. And because it’s easy to do.

The effect in these new neighborhoods will not only be that it will exist again at all. There will be a better quality of life for everyone. People will understand each other better, take care of each other again, help each other, have interest in each other, know each other. Crime rates will fall, parcels will be accepted without any problems and when there is no more chicken broth in the house, you can ask your neighbour. Sure, there is “still”. But especially in cities, it’s becoming increasingly rare. That’s why the hipsters are rethinking it. And the villages, by the way. Because many hipsters also ask themselves the fundamental question: why should I obey the studies of the past and, as stated there, want to live in the city? I don’t have to. It is also possible (also, not always and everywhere) in the country. So go and try something new. Thanks to digitalisation this is possible.

“No respect” is a good solution.

So our society is changing front and back because hipsters are trying out all kinds of things in everyday life. They have no respect for technology. It either benefits them or they throw it away. They are also not technology addicts, not even addicted to social media. They have often recognized for themselves when it is used and when it is not.

We “normalos” are way behind, by the way. Above all, because we don’t experiment so outrageously openly with all the technology. We still listen up when people talk about artificial intelligence, knowing that it doesn’t really exist yet. We think we need to understand blockchain instead of just being able to better regulate the growth of hops for our craft beer. We are not yet thinking in solutions. But we should.

From hipster to gentlewoman and -men

But okay: it’s not just the hipster alone. Nonconformism is a great thing for change, but at some point new structures will have to be created that also include less experimental people. And that brings us to the gentlewomen and men. They are building new structures. On what the hipsters have previously destroyed and redefined. By the way, and that’s why we call this category of people Gentlewomen and -men, please in a humane way that is marked by high ethics and covers the broadest possible social spectrum. By the way, many hipsters become gentlemen and men. This was also the case with the hippies. Many have been accused of having thrown their convictions overboard. In doing so, they have only developed as human beings and have recognised for themselves that a society also needs forms and that all people must be included if possible. The hipster, if you want to blame them for something, thinks first of all of his own environment … but on the other hand this is important for the uncompromising and fast implementation of new ideas.

But anyway: first of all we should listen more to the hipsters and follow their esprit in terms of “just doing digital stuff” with many examples. Let’s stop having respect for digital and new technology. Let’s just play with it. Like hipsters (or like kids, if you don’t want to be a hipster). And then we use our potential to develop new social excellence and become gentlewomen and men and go through with it. In this way we have the chance to build a society that is not only shaped by technology and economic influences, but that is also a society for a better quality of life. And that would be great: if digitization as a term would no longer stand for the declared technological madness, but for quality of life. Then we would all have much more fun and look positively into the future.

The non-conformist podcast – for hipsters and gentlewomen and men!

And if you want to “hear” something about this topic (only in German), I recommend the wonderful podcast by Helena Stelzer and Lotti Cobler: Springender Punkt, of the WBS Academy. These two talked to me about the topic in a very entertaining way. I can only recommend it!

You can go directly to the podcast on all relevant platforms. Hier exemplarisch der Link zu Spotify!